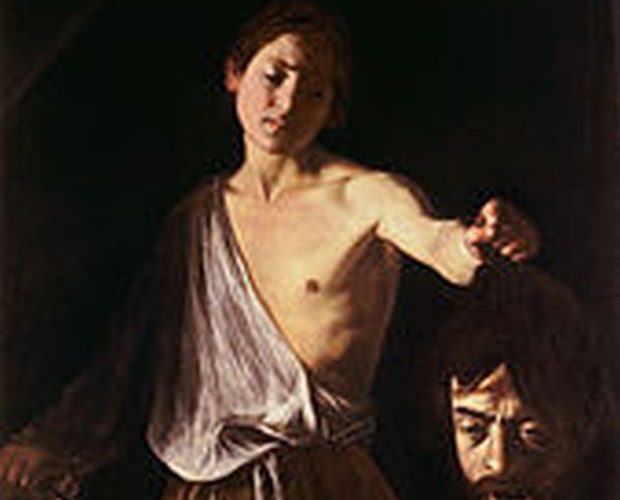 Advocates for David called the move excessive, and criticized Israelite media for making the family of the slain Goliath into the victims of the incident.

Elah Valley, January 12 – A panel of military judges voted to convict Israelite military personality David, son of Jesse, on First-Degree Murder charges after the latter beheaded a Philistine fighter despite the Philistine lying helpless on the ground.

Justice Maya Heller read the verdict out this morning in proceedings that followed a fraught period among the Israelites, given the security situation and the widespread, grassroots opposition to prosecuting any Israelite soldier for taking measures to defend himself and his people, regardless of the prevailing Rules of Engagement.

David incapacitated the Philistine champion Goliath with a slingshot stone to the forehead, striking him from a distance and embedding the stone in Goliath’s skull. The Philistine in his heavy armor fell and no longer presented a threat to David or the rest of the Israelite military camp, but David nevertheless beheaded the incapacitated enemy warrior, in violation of the Rules of Engagement.

A grassroots movement sprang up that called for the charges to be dropped, and vociferous demonstrations took place at which populist rhetoric railed against the military and political leadership for sending a soldier into battle to defend the nation, then betraying him by putting him on trial for that defense.

At the reading of the verdict, Colonel Heller spent two hours reading aloud from a scroll and refuting, one by one, each of the arguments put forth by the defense during the trial. Advocates for David called the move excessive, and criticized Israelite media for making the family of the slain Goliath into the victims of the incident. “The man was  trying to kill us, and David saved us from him – now all of a sudden Goliath’s the victim?” challenged Azaria, an activist. “This is a travesty.”

The national leadership called on the people to respect the court’s decision, and denounced those who called the judges traitors or issued threats to harm them. “Due process of law is critical to maintaining a just society,” declared King Saul. “It may be hard to stomach the fact that a fighter of ours has been found guilty of a crime, but we can take pride in our legal system and our dedication to shining the light of the law on everything.” He then announced the assignment of bodyguards to Heller and the other judges as a precaution.

An aide to the king declined to comment on rumors that Saul was pleased at David’s conviction because he felt his hold on the throne threatened by the success of a charismatic, attractive rival.