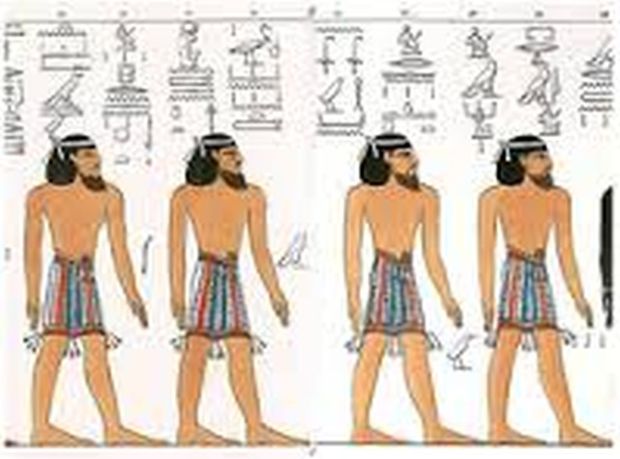 Acceptance of the bloodthirsty-conqueror-and-occupier descriptions applies in those academic and political circles only to the historical periods of Joshua and modern Zionism.

Nablus, November 1 – Academics and public figures who under normal circumstances dismiss the early events in Jewish Scripture as non-historical fantasy or metaphor have taken a different attitude toward the portions describing the extermination of the Canaanite population under Joshua because those passages can be used to paint Jews as bloodthirsty conquerors and occupiers.

Campus and political personalities have taken pains in recent decades to play down or deny the historicity of the Biblical account of events in the ancient Levant, in many cases motivated by a desire to sever or challenge the connection between modern-day Jews and their Israelite forebears, and thus undermine the legitimacy of the Jewish connection to the land of Israel. This healthy skepticism, however, falls by the wayside if Biblical text can be reinterpreted to cast those ancient Israelites as immoral or evil, characteristics that they can then apply to the descendants of those invaders.

Chief among the evidence adduced to that end is the collection of commandments and narratives in the books of Deuteronomy and Joshua calling for or describing annihilation of Canaanite, Emorite, Perizite, Hivite, Hittite, Jebusite, or other peoples from the Promised Land following the Israelite entry, events that the Biblical chronology would place in approximately the thirteenth century BCE. Whereas mainstream archaeologists are hesitant at best to accept, and at worst outright deny, that the archaeological evidence supports the Joshua conquest and genocide narrative, in this case the academics and public figures seize upon the stories as proof of Israelite – and therefore Jewish – bloodthirstiness and foreign origins.

On occasion, arguing for selective acceptance of the Biblical account flies in the face not only of these figures’ otherwise skeptical attitude toward Jewish Scripture, but also in the face of their other assertions regarding the pedigree of today’s Jews. “If they are descended of the ancient Israelites, you can’t go around arguing they’re descended of the Central Asian Khazars of the Middle Ages,” explained Professor Julius Wellhausen. “I mean, not if you want to be consistent. Maybe they don’t care.”

Wellhausen noted that the acceptance of the bloodthirsty-conqueror-and-occupier descriptions applies in those academic and political circles only to the historical periods of Joshua and modern Zionism. “You wouldn’t find the same people describing the Islamic conquest of the Holy Land in the seventh century CE in those terms,” he observed, “in any way that might reflect on the legitimacy of Islamic presence there today. Oddly, the ‘indigenous’ status of Arabs in the land today appears to have been attained immediately upon that conquest and in subsequent waves of migration from Arabia, whereas Jews appear never to be allowed to call themselves indigenous anywhere no matter how many generations they’ve been there.”