While Newt gets in trouble for denying Palestinian nationhood, a little video crops up 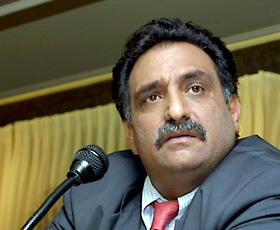 Somebody needs to preserve this video before it magically disappears from Youtube.

This is former Member of Knesset Azmi Bishara denying there is or ever was a Palestinian people. He is referring, by the way, to the same historical information to which Gingrich was referring. In this video, Bishara is openly denying the existence of a Palestinian people, claiming that they are Arabs and part of the larger Arab Umma. He refers to the fact (often cited on Jewlicious) that prior to 1948, the territory known as Palestine was part of the British Mandate and before that it was a sub-province of the Ottoman province, Syria.

Note also that he is no friend of Israel. He fled the country after serious allegations arose that he helped Hizbullah against Israel.