This has been a raucous year indeed judging by the Jewlicious posts that resonated the most across the interwebs. What does this tell us? Well, first you should note my methodology – these are the posts that had the most visitors and as such they represent the interests of people who accessed Jewlicious via search engines rather than regular readers. Of these readers, fully 71% are 34 and under. 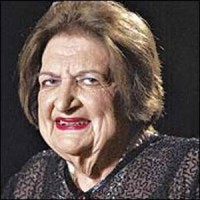 Consequently, we see that folks surfing the Web seem to be most interested in stories with a clear anti-Semitic theme. This is followed by Israel and pop-culture related posts. What follows then are the top ten most visited posts on Jewlicious for 2010:

10. Why Bar Rafaeli Shouldn’t Marry Leonardo DiCaprio
This was a popular post but now the message seems muted given that DiCaprio is considering converting to Judaism in order to marry Bar Refaeli! I don’t get all the fuss though – are they even officially engaged yet? No.

9. Hell’s Angel Calls Old Man a Fucking Jew. Old Man Kicks Hell’s Angel’s Ass
I guess old Jewish people really don’t like being called a fucking Jew. Or members of the Hell’s Angels aren’t as tough as they seem. Or both. This was definitely one of the feel-good posts of the year!

8. Iran Presents: Holocartoons.com
A Web site made by the Iranian government featuring anti-Jewish Holocaust denial cartoons? What’s not to love??

7. INTRODUCING THE FIRST EVER ISRAELI KEFFIYEH!
Shemspeed shared with us news of the production of a most awesome blue and white Israeli Keffiyeh festooned with Magen Davids and inscribed with the phrase “Am Yisrael Chai.” Yeah. I got one…

6. Be Proud! ISRAEL: â€œOnly ones operatingâ€ in Haiti
Dani highlighted the news about Israel’s rapid response to the aftermath of Haiti’s disastrous earthquake.

5. Hipster Hitler
Hipster Hitler fucking loves juice and you all loved reading about this irreverent new comic that portrays Hitler as an insufferable hipster.

4. Is Helen Thomas Working For Al Jazeera?
This post by Rabbi Yonah featured the infamous video of senior White House correspondent Helen Thomas telling the Jews in Israel to go back to Poland and Germany. What a shit storm that created!

3. Gabriel Latner â€“ excellent debater with integrity
The Middle introduced us to 19 year old Canadian Gabriel Latner who put on a great display of debating skills at the Cambridge Union Society and showed what a “rogue” state Israel really is!

2. Lady Gaga is a Jewish Agent of the Illuminati
Everyone loves a good conspiracy theory but this one is really out to rat poison infused lunch. I mean the title says it all but at least it was a good excuse to post Lady Gaga’s over the top Telephone video.

1. Get the Hell Out of … My Face
Sarke lashes out at Helen Thomas for her anti-Jewish remarks, generating a flood of comments and tweets. Sarke is one woman I will definitely not EVER piss off. And Helen Thomas? She can suck my… well, you know.

Hope you enjoyed that. I know the methodology is kind of random – stories that were written early in the year had a clear advantage over stories written later. Furthermore, this does not take into account the previous design of Jewlicious whereby one did not have to click on a story that appeared on the home page in order to read it in its entirety. But whatever, I have always sucked at stats and I think this list is at least instructive. For what it’s worth, the list of top 10 most commented posts is slightly different and shows a Jewlicious community with a broader set of interests:

1. Get the Hell Out of … My Face (Helen Thomas, anti-Semitism)
2. A Jewcy Deal for You! (Jewish community politics)
3. Is Helen Thomas Working for Al Jazeera? (anti-Semitism)
4. Women of the Wall and the Israeli Police: Everybody Loses (Israel and Judaism)
5. Dear Danielle (Jewish dating)
6. Is the ADL on crack? (Jewish community politics and the ground zero Mosque)
7. Remove the Rabbinate from any official duty in Israel (Judaism and Israel)
8. Obama sends Passover greeting as his administration stabs a Jewish member in the back (Israel and America)
9. Why shouldn’t we waterboard Abdulmutallab? (US war on Terror)
10. So Norman Finkelstein has a new bookâ€¦ (Israel, America and the Jews)

Ok maybe that was a fine distinction… But it is a distinction nonetheless! Here’s looking forward to a New (Gregorian) year where we can broaden our horizons and have a little fun. Thanks for visiting Jewlicious; you keep coming and we’ll keep cranking it out. And also a special thanks from me to all the writers who tirelessly and without pay crank this stuff out for you.